You are here: Home1 / Hiro Who?/Contact 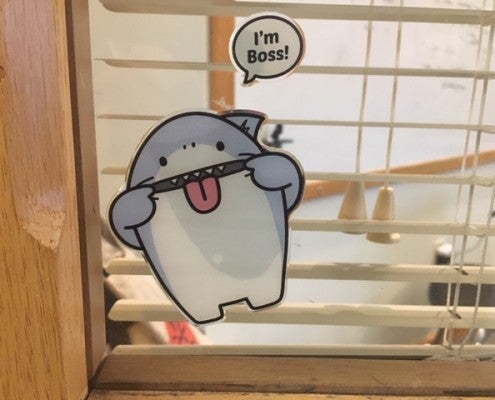 HF lived in many places (in the U.S.A. and Japan) growing up. He started his life in Tokyo (Japan) and mainly stayed there for 11 yrs before moving to Boston (Massachusetts, U.S.A.), where he became obsessed with the Red Sox/Celtics/Patriots. After a short stay (1.5 yr) in Boston, he moved back to Tokyo for 3 yrs of junior high school and six months of high school. It took him some effort to re-adjust to Japan. Right when he became comfortable with the culture again, he moved to St. Louis (Missouri, U.S.A.), where he spent his critical teenage years as a midwesterner. After finishing his interesting high school years, he moved to Boston again to attend Tufts University to study international politics. He changed his mind during his undergraduate and decided to study chemistry. After completing his chemistry degree, he returned to Japan to attend graduate school at the University of Tokyo, where he studied biochemistry and structural biology of muscarinic acetylcholine receptors and other GPCRs with Drs. Haga (primary advisor), Toyoshima (electron microscopy), and Yokoyama (NMR). Many intriguing studies related to NMDA receptors at the University of Tokyo at the time played a significant role in shaping HF’s research interests.  He did his postdoctoral study with Dr. Gouaux, first at Columbia University in New York and later at Vollum Institute in Portland (Oregon, U.S.A.), where he was given ample research opportunities and met wonderful colleagues. After this fascinating postdoctoral experience, HF became a PI at Cold Spring Harbor Laboratory in late 2006. In 2014-2015, he was a visiting scientist in Dr. Grigorieff’s group at Janelia Research Campus/HHMI in the Washington D.C. area to interact and re-learn science from him and his scientists.

As evident from the above, HF has been exposed to many different environments and exciting people with diverse perspectives, which likely formulated his open-mindedness. Life of HF has constantly been adjusting to different cultures, people, and schools of thought while maintaining his core beliefs. HF values diversities and inclusiveness in every aspect of life and wants to positively influence the people he interacts with using his diverse experiences as he continues his long-standing journey to master his own life.

Other interests: Schooling his two sons in soccer and tennis while he can. Send us an Email

We may request cookies to be set on your device. We use cookies to let us know when you visit our websites, how you interact with us, to enrich your user experience, and to customize your relationship with our website.

Click on the different category headings to find out more. You can also change some of your preferences. Note that blocking some types of cookies may impact your experience on our websites and the services we are able to offer.

These cookies are strictly necessary to provide you with services available through our website and to use some of its features.

Because these cookies are strictly necessary to deliver the website, refusing them will have impact how our site functions. You always can block or delete cookies by changing your browser settings and force blocking all cookies on this website. But this will always prompt you to accept/refuse cookies when revisiting our site.

We fully respect if you want to refuse cookies but to avoid asking you again and again kindly allow us to store a cookie for that. You are free to opt out any time or opt in for other cookies to get a better experience. If you refuse cookies we will remove all set cookies in our domain.

We provide you with a list of stored cookies on your computer in our domain so you can check what we stored. Due to security reasons we are not able to show or modify cookies from other domains. You can check these in your browser security settings.

These cookies collect information that is used either in aggregate form to help us understand how our website is being used or how effective our marketing campaigns are, or to help us customize our website and application for you in order to enhance your experience.

If you do not want that we track your visit to our site you can disable tracking in your browser here:

We also use different external services like Google Webfonts, Google Maps, and external Video providers. Since these providers may collect personal data like your IP address we allow you to block them here. Please be aware that this might heavily reduce the functionality and appearance of our site. Changes will take effect once you reload the page.

The following cookies are also needed - You can choose if you want to allow them: